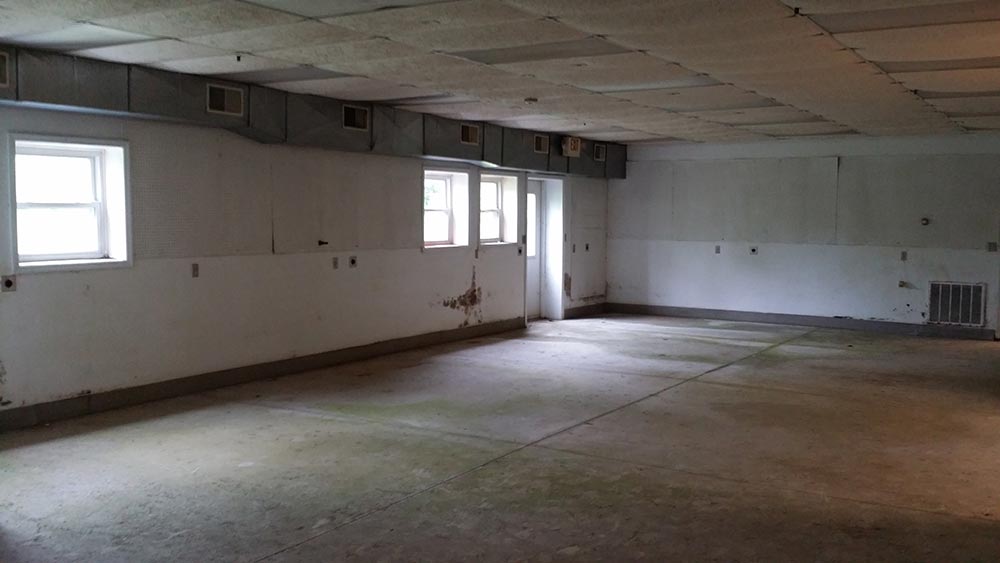 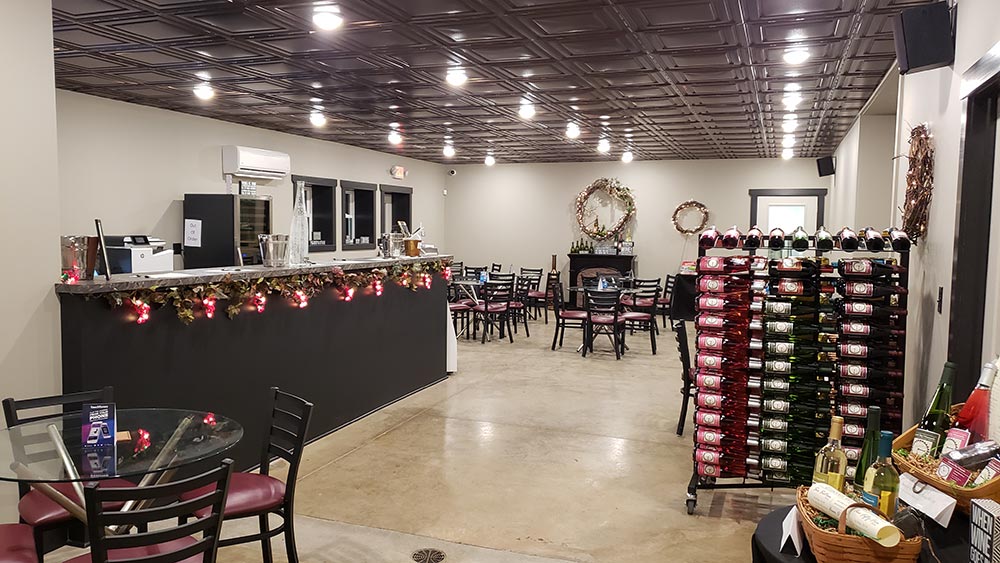 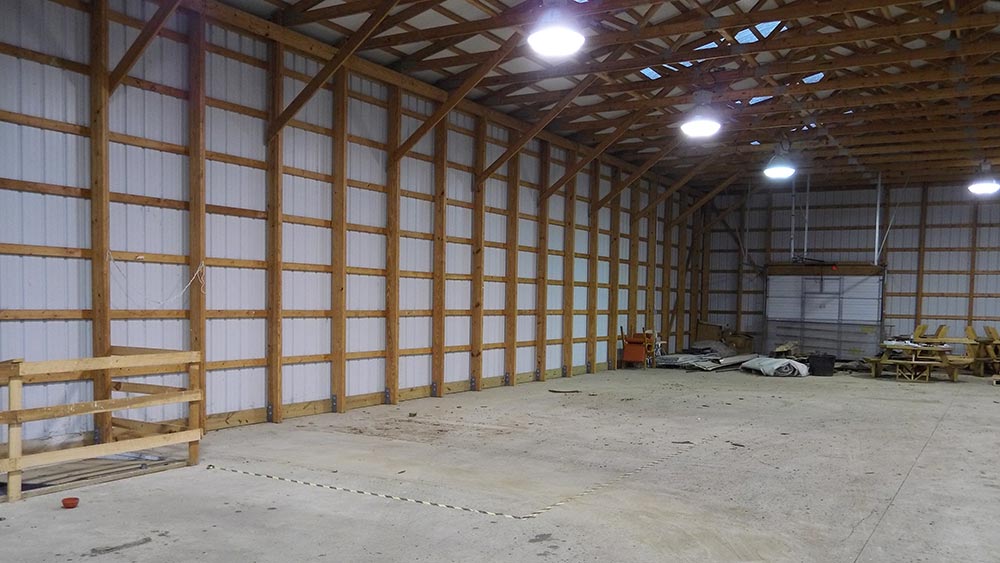 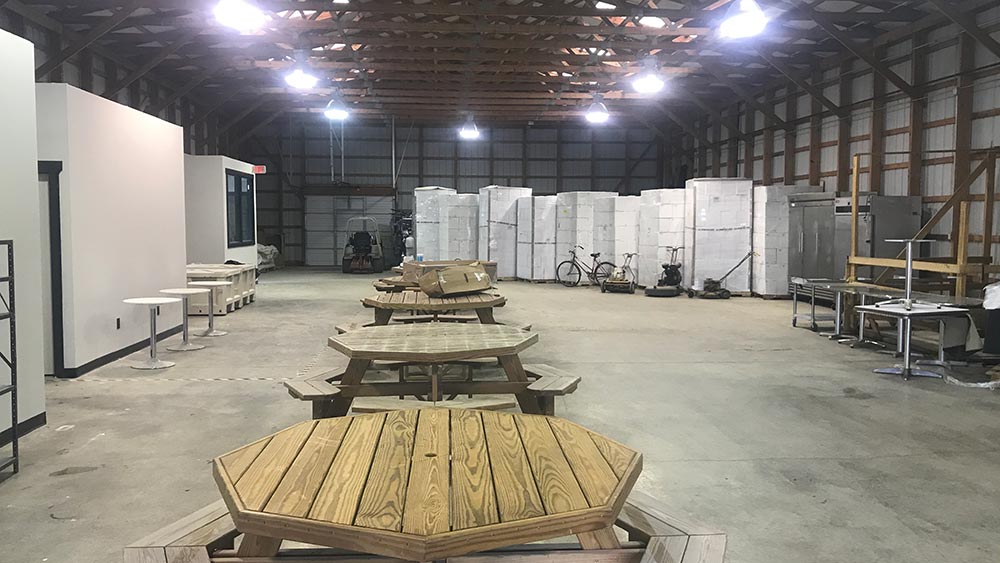 The Lincoln Highway was the first coast to coast road in U.S. History. While it has taken many routes over the years as new roads were built to accommodate more traffic, one of the earlier routes in the Lincoln Highway’s history, took it by the winery. Today it is known as Old Lincoln Way, or Wayne County Road 30A.

Prior to the construction of “New 30” (the current 4 lane limited access highway about 1 mile south of our location) Old Lincoln Way was the major route between Wooster and Mansfield. To accommodate travelers along the route the Hodgen’s General Store was opened. Along with getting gas, buying snacks or some groceries, weary travelers could rent a cabin to sleep in for the night. When “New 30” was built and the need for overnight accommodations dwindled, the Hodgen’s changed the business name to Hodgen’s General Store and Trailer Sales, thereby adding mobile home sales and rentals to their business. At one point, close to 30 mobile homes existed on the property, and while not original to this trailer park, two trailers remain. The gas station and store are long gone (its original location is about 50 feet west of our sign), yet some remnants of the former business remain.

The first remnant is the cinder block building to the east of the winery patio. This building is the original restroom and shower house for the cabin area. Inside it is still set up with the shower stalls, and the plumbing, while non-functional, remains intact. Today the building is used for storage and houses the well that serves the property.

The second remnant is one of the original camping cabins. If you look closely, across Old Lincoln Way, to the Northeast you might catch a glimpse of a small building located between the two barns (and if you really look hard our Regent vineyard block is on the hill behind the barns and farmhouse). This cabin was moved across the road many years ago, remains standing, and likely is home to some 4H projects today. Maybe some day we can bring it back over… Speaking of barns, the bank barn by the cabin was slated to be the winery location, until the current building came up for sale…and our architect said “it’ll be much easier to rehab the warehouse building than that 1870’s bank barn…”

The winery building served as the Wilkinson family’s business location from its construction in 1996 to around the early 2000s. When in operation, the business served as a repackaging business, utilizing the now tasting room as the location for the machinery and workers. The rest of the building was used as storage, and rumor has it, making sailboat masts as well. After the family disbanded the business, the building sat abandoned for over a decade. In 2016 we, well technically, Alex our son, and Jim’s dad Ron, bought the building at auction as we were both out of town during the auction. So, Alex can claim he “started” the winery…as a 14-year-old…

Soon after buying the building, the permitting process for the winery began, blueprints developed, business plans submitted for financing and contractors were selected. Finally, the construction process started in early 2018. Our initial planned opening date was to be August 2018, but due to many things, especially including the wet summer, we finally opened October 20, 2018. Once things dried out after a very wet fall and winter, final grading and landscaping was completed in June 2019. At long last, our grand opening was held June 21st and 22nd, 2019.